Places to Visit in London, England 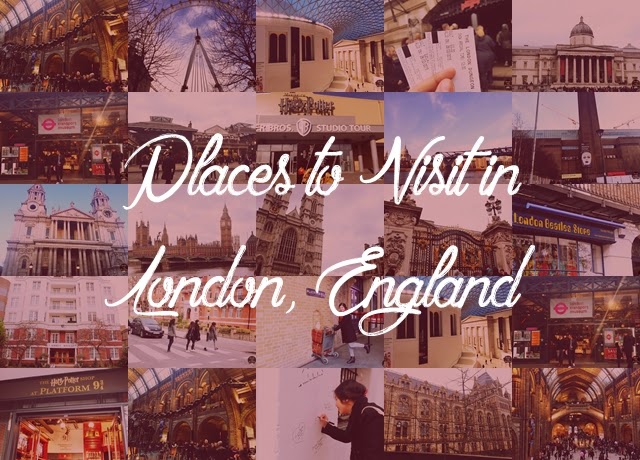 Last February 21- March 7, 2015, I got the chance to visit England and stayed there for free for the whole two weeks. Wooot! Yes, courtesy of our company. I'm so lucky to be part of the team to experience UK. It felt surreal even it is over, I still can't explain the feeling. I am overwhelmed. The weeks spent there were not all fun and games but mostly for work. I learned a lot from our trainers and  for sure we will incorporate those learning to the following months. I am expecting heavy workload too but it is alright. It is easy to work when you know you enjoy what you are doing, right? Anyways, I am happy to share with you my photos and my experiences in London, England. Of course during our free time, we incorporated some adventure time and visited some of the tourist destination in London. Let us start! 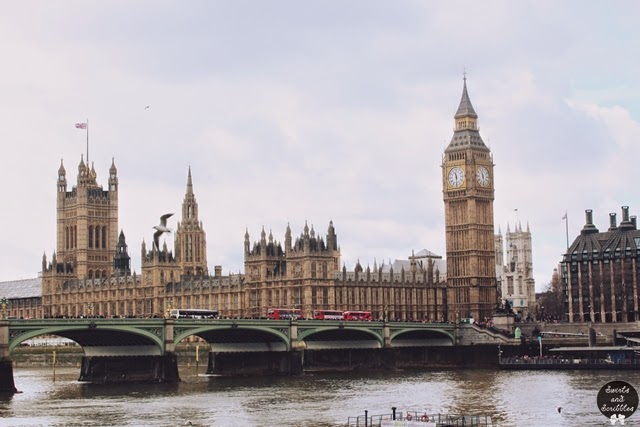 Who will miss the chance to take a selfie in front of Big Ben? I think that bridge was one of the busiest bridges because of the tourists/ people taking selfies in front of it. Every chance they have they will grabbed it for sure. Just like what we did. Hahaha 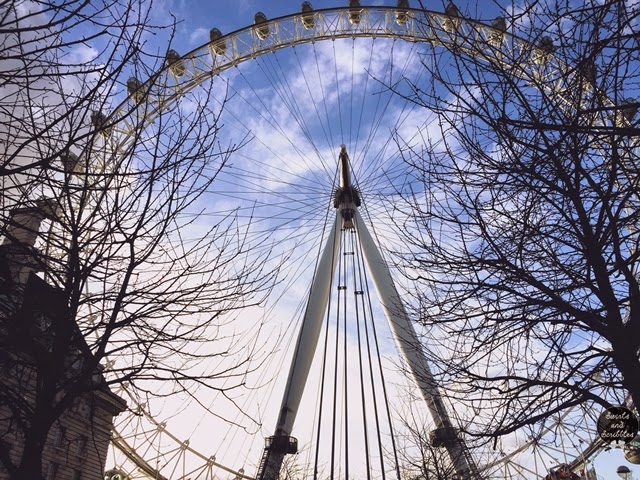 The London Eye. It is a 360 degrees ride to see the overview of the magnificent city of London. Too bad I did not have the chance to experience it. The queue of the line was always long. I think it will waste our time on queuing for the line. I rather start exploring other places instead. Hihi Maybe next time, if we still given a chance (crossing my fingers). 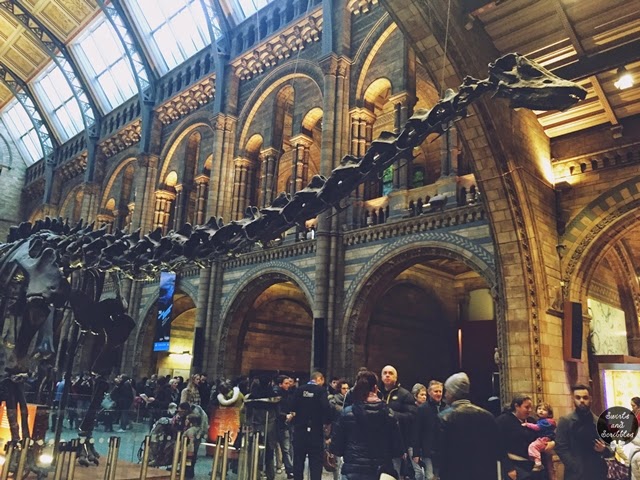 Natural History Museum. It has the unique architectural design on this building. It is very detailed and amazing. Entering to this place makes me wonder how incredible the mind of the people who built it. On this museum, it is all about the nature's evolution. It focuses on Charles Darwin's Theory and other natural treasures such crystals, minerals and fossils of instinct species. Free admission. 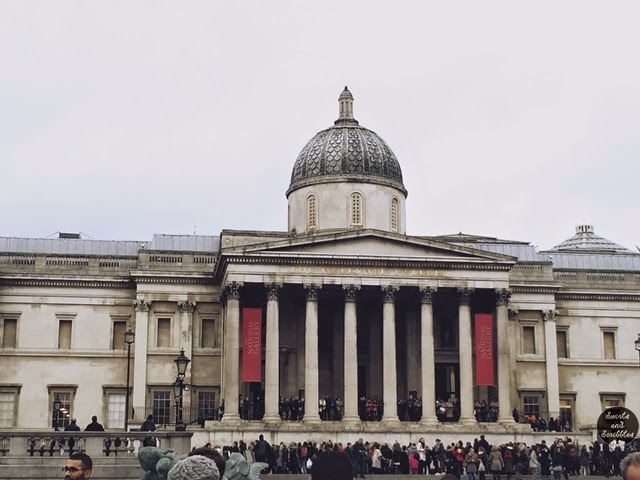 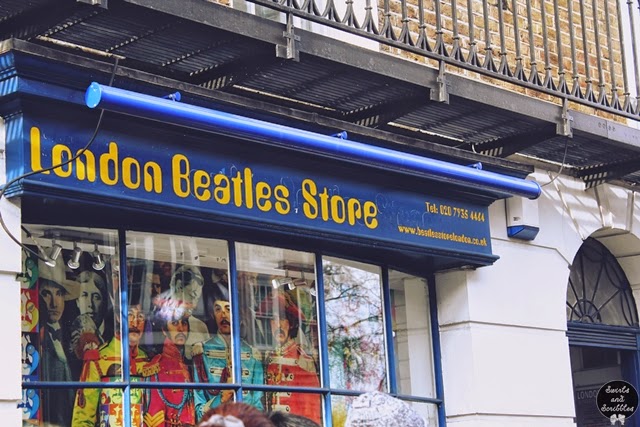 London Beatles Store. If you are looking for authentic The Beatles merchandise, try visiting this store for amazing finds. 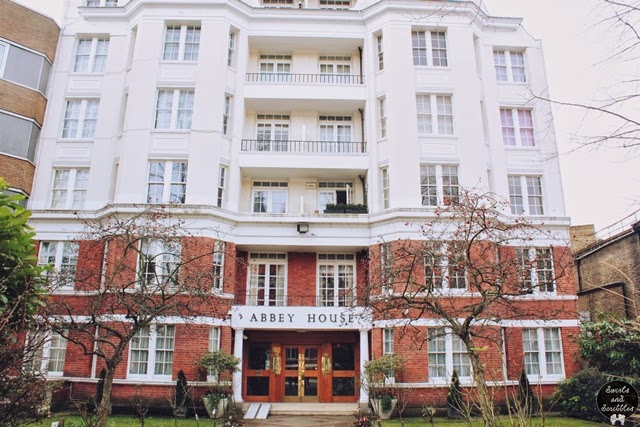 After visiting The Beatles store, we decided to go to Abbey Road. My road. Lol hahaha I am a little popular here. Haha houses, roads and even churches were named after me. Haha kidding. This is the Abbey House. 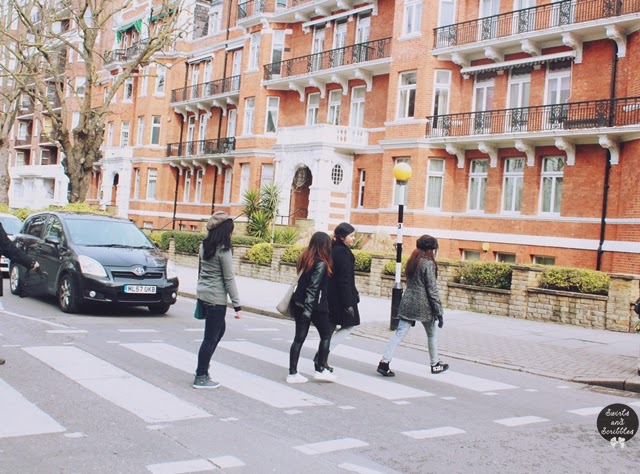 Abbey Road. The famous Abbey Road became very popular because of The Beatles, this was the road they decided to pose and made it the cover of their album. They did not realize it will be popular all over the world. Amazing! It was a tiny pedestrian near the Abbey House. It was hard to have a good shot on this road because it is a busy one and many tourist kept on posing and crossing like The Beatles too. Just like we did. Haha what a cliche move! Haha 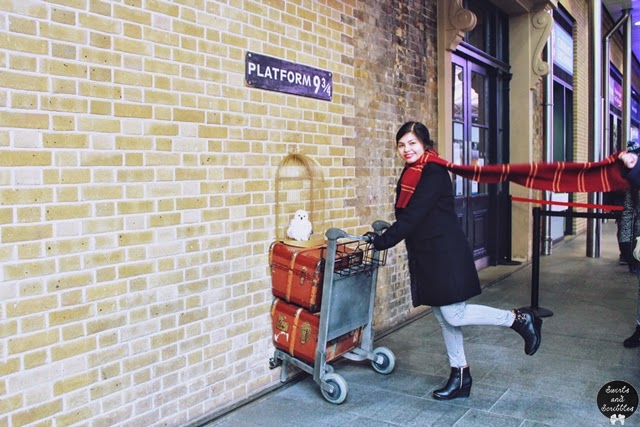 Platform 9 3/4 @ King's Cross. Who would thought it would be a hit too. We queue on the line just to take photo on this wall. Haha Let me have a short detail about Platform 9 3/4, to those who are not a fan of harry potter movies. This was the scene where Harry Potter was looking for Hogwarts Express on the very first franchise movie. Because Platform 9 3/4 was hidden to muggles, it was a magical entrance to Hogwarts Express, Harry Potter needs to enter between the wall of Platform 9 with all of his things. Then, he disappeared and went to the world of wizards that's the time he saw Hogwarts Express. 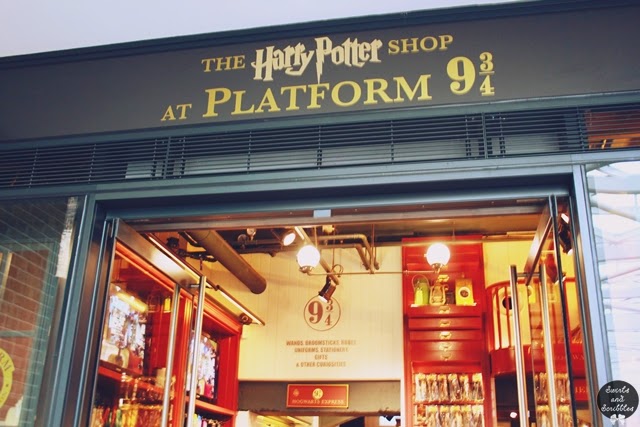 The Harry Potter Shop at Platform 9 3/4. They were selling items from Harry Potter like wands, sweaters, accessories and a lot more. You can also get the official photo of Platform 9 3/4 here. It was whooping £9! Hahaha Anyways, I still purchased it. Haha 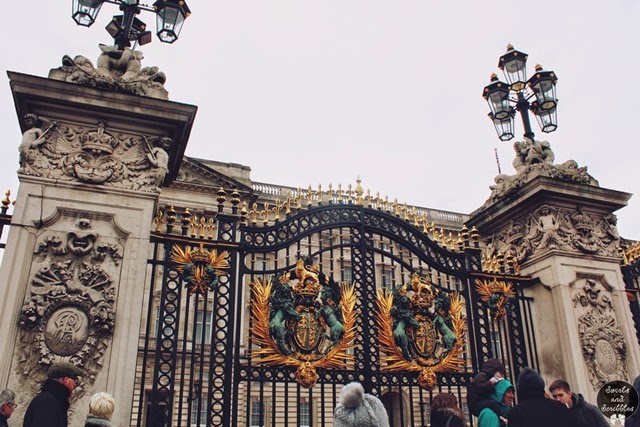 Buckingham Palace. The palace where the king and queen and other royal blood of England lives. The residence of Queen Elizabeth. My auntie.. Hahaha char 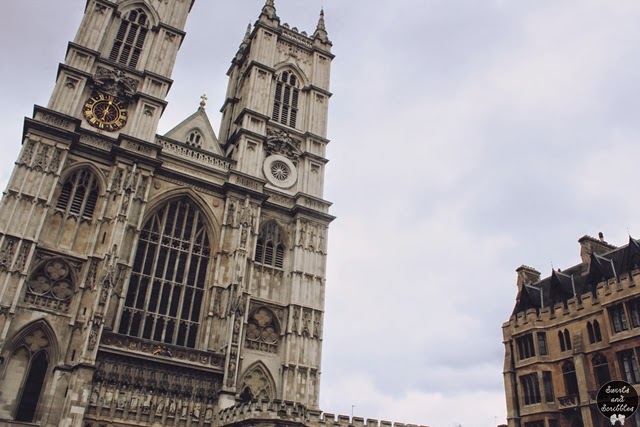 The Westminster of Abbey. It was famous place because my name is on it. Haha I kid again. On a serious note, according to the tour guide it was the place, where the legendary people was buried such as Charles Dickens, Isaac Newton and a lot more. It was also the place where they held the ceremonies for the kings and queens of England. 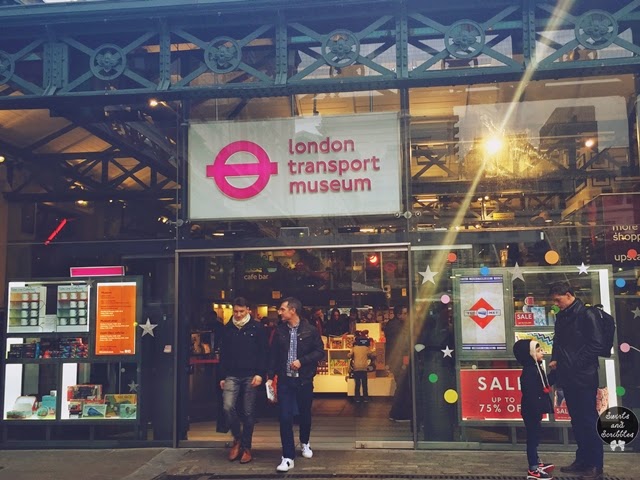 London Transport Museum. It is near Covent Market. 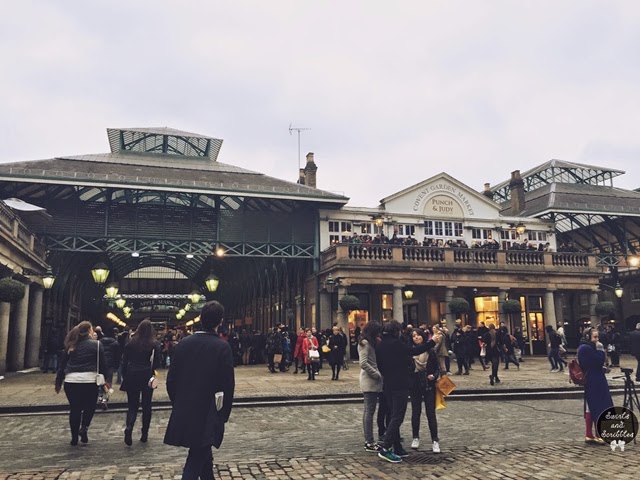 Ta-da! Covent Market. It has a lot of variety of boutiques and merchants that are selling unique and one of a kind items. 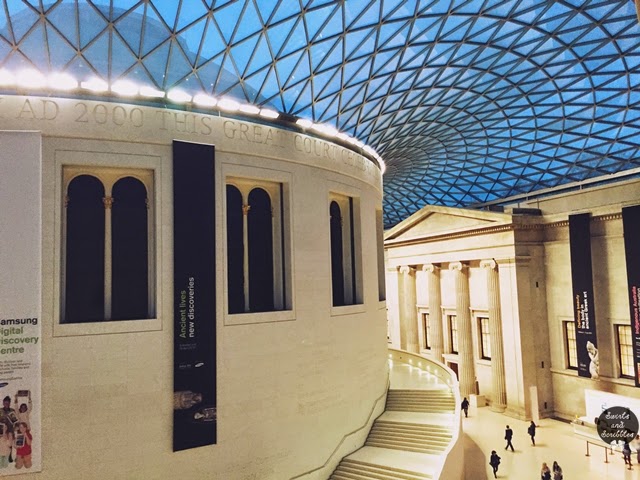 British Museum. Everything about the history of British and the other parts of the world were here. We also got the chance to see the mummy of Cleopatra. Free admission. 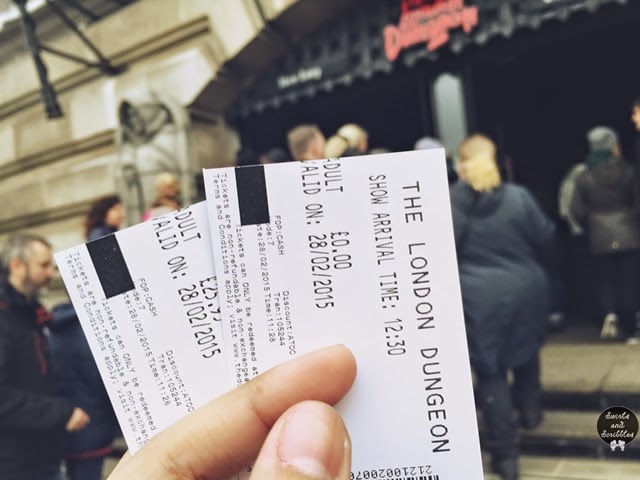 The London Dungeon. It is like horror but funny house/ tour from the dungeon about the old days in London. It narrated the scary days of London, where people got tortured, sick because of the plague and killed because of the serial killers in the loose like Sweeney Todd and Jack the Ripper. Try it. We got a discount for the entrance ticket £ 25.95 for two. Yey! 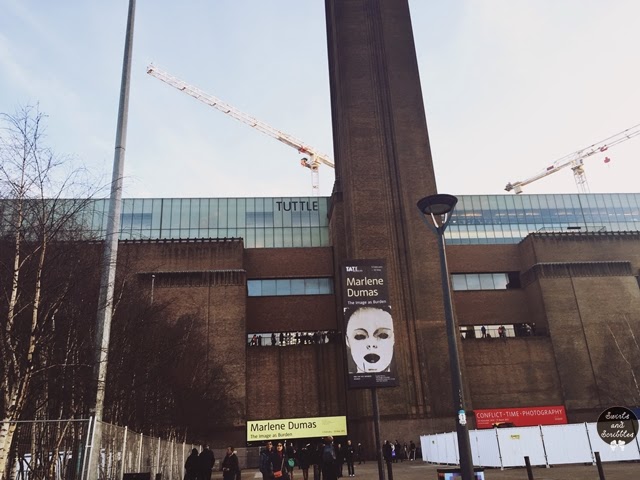 Tate Modern. It is the place where the modern art where stored. Some of the rooms where free to visit while some of the other rooms has an entrance fee. 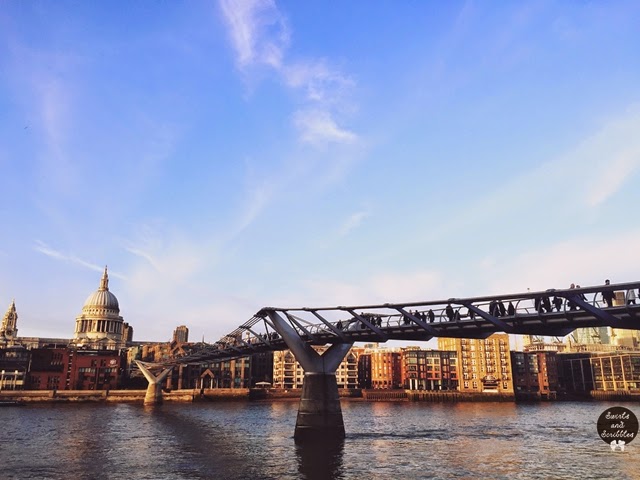 Millennium Bridge. It is near the Tate Modern. Crossing the bridge has a great view on it. On the end the bridge, everyone could see the side of St. Paul Cathedral. It is the center of attention because around the cathedral was the modern buildings on it. 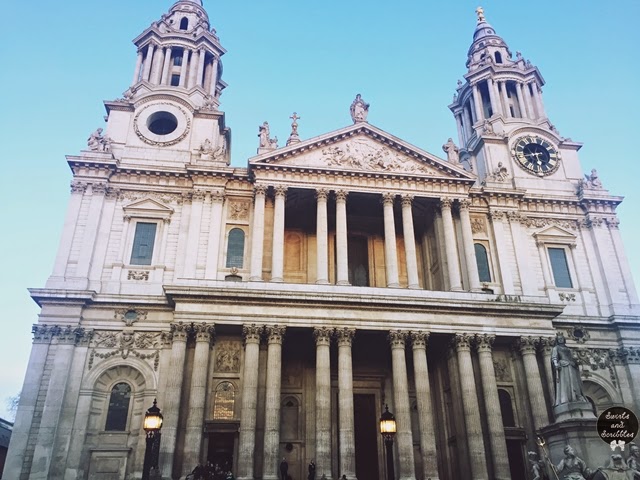 St. Paul Cathedral. It has an entrance fee £16 to enter the cathedral. I just took the photo in front of it. 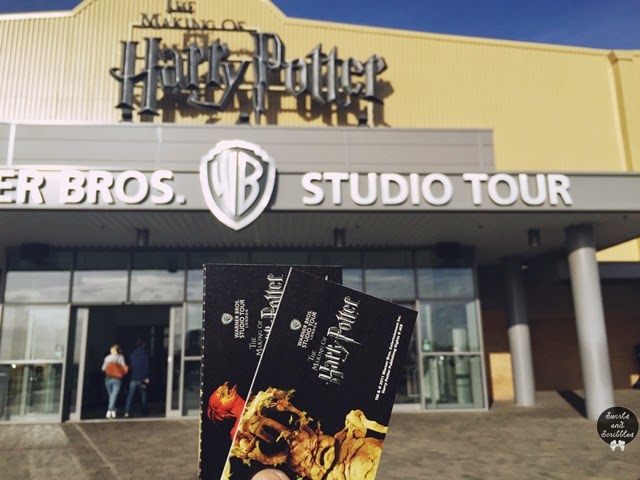 The Making of Harry Potter, Warner Bros. Studio Tour. I am soooo lucky I got a chance to visit this place. I am a potterhead so I was obviously excited to visit the place. I will post a separate blog for this tour. Hahaha Inside the magical place was everything you need to know about Harry Potter. I will spill the beans soon on the next post. Hihi