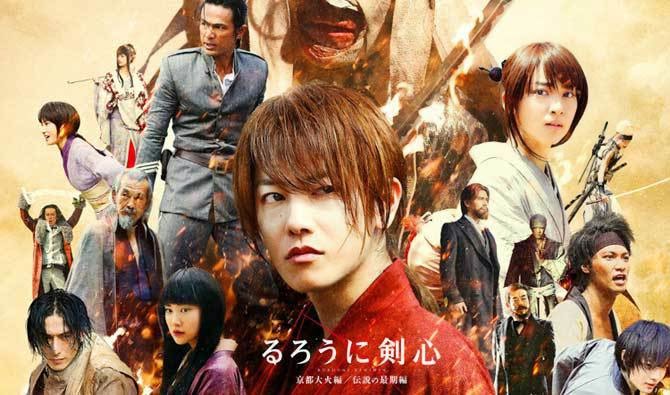 I have been an avid fan of the anime series called Samurai X. When I heard the good news that it would be a movie, I certainly jumped for joy. I have been watching it before on channel 2 then on channel 23 (the Tagalog version) and even on AXN (the English version). Unfortunately, I wasn't able to continue it until the very end because of the on and off air time of the anime. But the episodes were still fresh from my memory. 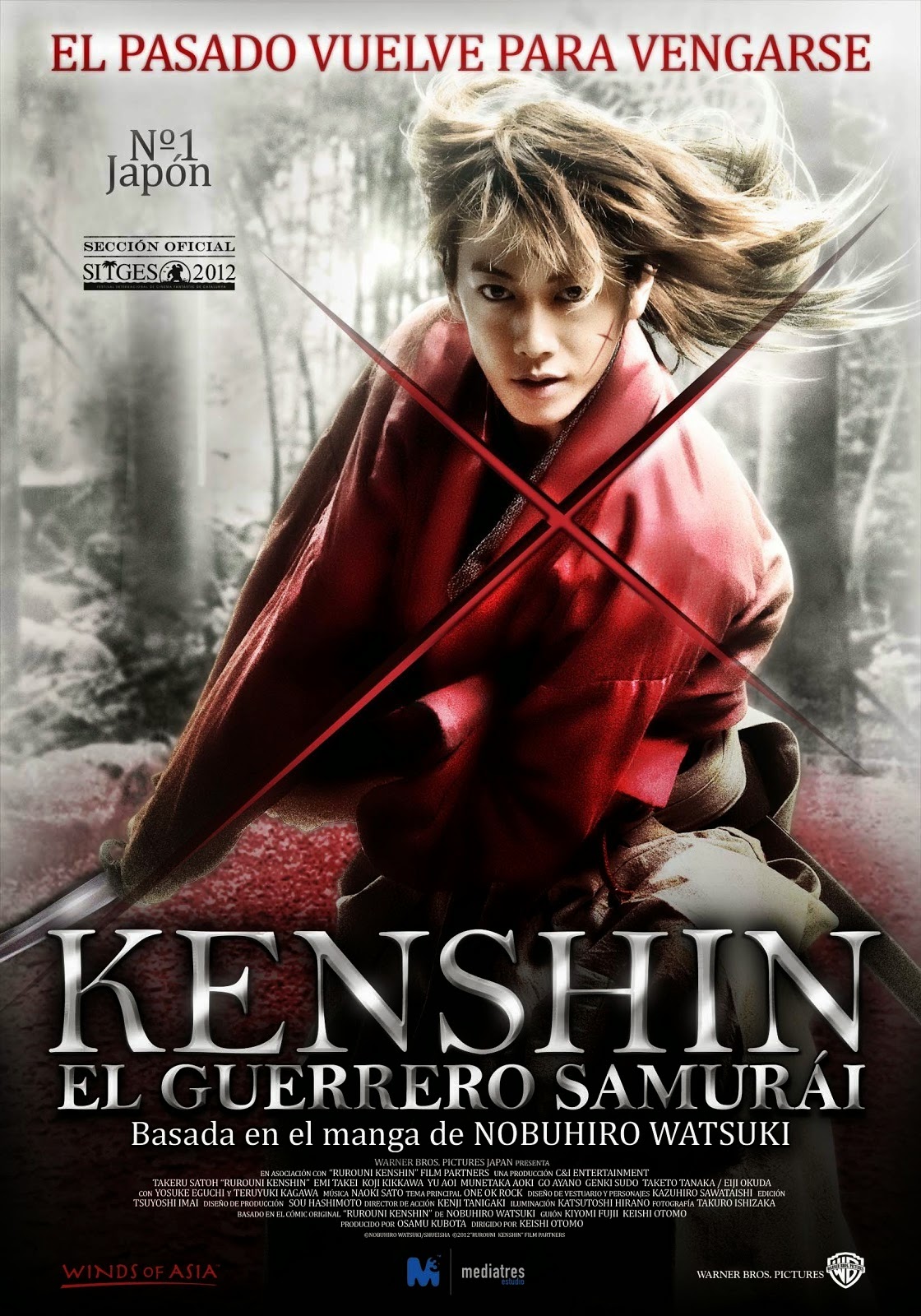 The first movie of Samurai X. It was a movie that is breathtaking. Full of action and fight scene, it started the scene just like in the anime. It feels like I am watching the anime. The costumes, the faces, the acting of the characters were all alike on the anime. I salute them for being true to the story. (most of the time)

Check out the trailer of the first movie: 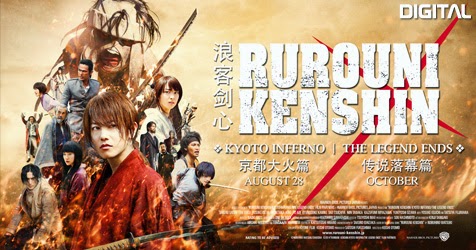 The second installment of the movie was Kyoto Inferno. It started with Shishio being so mean and aggressive with killing. He wanted to revenge with the new government because of what happened to him after the war. He was killed and burnt by people from the new government. He seek for revenge to remake the history. He wanted power and control all over Japan. Meanwhile, the new government decided to ask for Kenshin's help to stop Shishio. On his journey, he met a lot of people who could help him win the war against the evil Shishio. The movie ends with Kenshin being love suicidal for Kaoru. When Shishio kidnapped Kaoru, he let Kaoru fall from the ocean. Then, Kenshin did not take any second thoughts on jumping in the stormy sea just to save Kaoru. Unfortunately, he did not saved Kaoru. He was washed on the shore by the ocean. Later on, a tall guy grabbed him and the end!!! Hahahah this is post has too much information. Sorry for being a spoiler, hihi 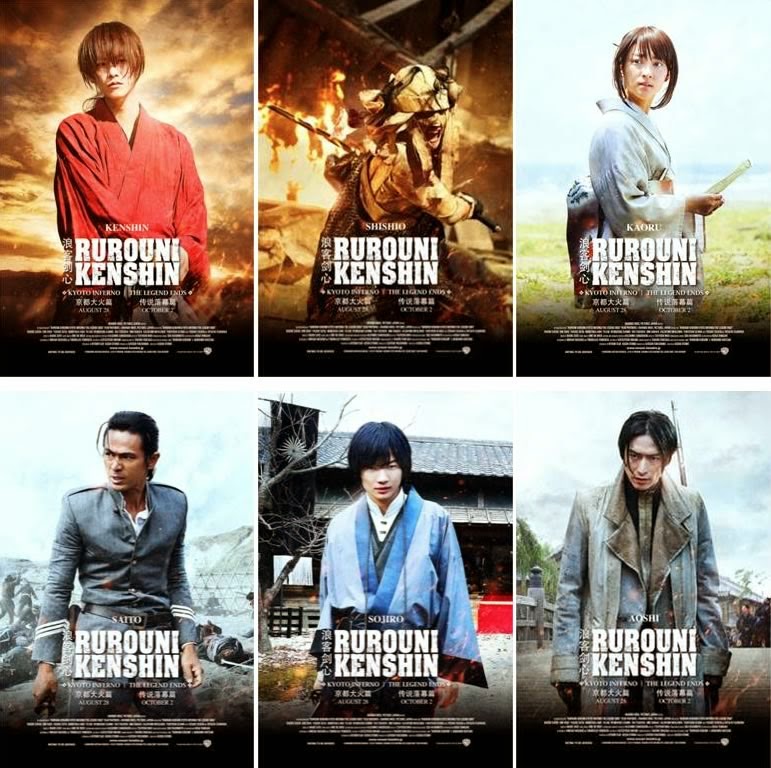 So the guy who helped Kenshin was his master. Kenshin asked for teaching him the ulitimate heaven technique to fight Shishio and the others. On his journey to Tokyo, he fought Aoshi the leader of the East Watchers. Then, continued his way to finish the war between him and Shishio. I think the other details is for you to watch. Hahaha It was so action packed movie. The only thing I did not enjoy was the way they execute the ultimate heaven technique. But the rest of the movie was good. They really based it on the anime. It feels like I am watching the anime episode per episode. You won't be lost if you watched it without any background story of the anime. Just be sure you watched the first movie.


Surprise visit from the cast of Rurouni Kenshin 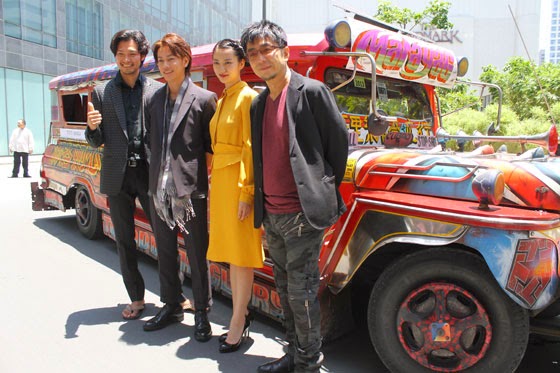 Look! They had a surprise visit to the Philippines. That's one lucky jeep!

Watch the interview of Bogart Explorer! They were so cute, especially Kaoru.

The Verdict:
4.9 out of 5 stars (minus point for the ultimate high heaven technique hihi)
How about you? any thoughts on the movie? Feel free to share it below. I am happy to hear it.

(Photos were grabbed from Google randomly.)