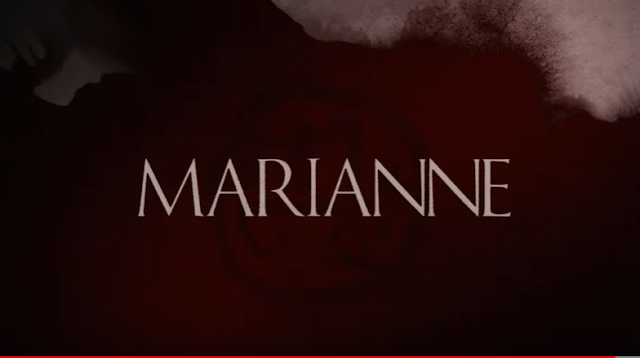 I will give you a short plot about the tv series, it was consisting of eight episodes. The story will revolve with the name Marianne. Who is she? She was a witch from the 1500s. She wants everyone to be like her, to have a miserable life.

Emma the writer in the story, she wrote horror stories from her dreams. Then one day, her friend (Camille) went to her book signing event and told her to go home. Camille’s mother was acting weird and creepy. She told Emma that her mother read her stories 10 times. Camille’s mother also kept telling her that she is Marianne. The story will eventually take over to the place where Emma grew up. It is in Elden. Secret’s will be revealed. You should watch it!!!

Here is the trailer:


It was something I did not expect at all. It was good! I got scared and afraid. I am not a horror story fan but this one is a good one. You should not miss it. I also suggest don’t watch it alone. There are a lot of surprising events that will lead you to scream. I hate you Marianne!!! The old lady (Camille’s mother) is a good actress for sure. She gave me goosebumps whenever she is on the screen. She portrait it like she was really the living Marianne. Will it still have a season 2? Why not? There is still a huge twist in the end. Maybe Marianne will be reborn? What do you think? After watching the this one, tell me your thoughts and comment them below.

The moral of the story, I suggest don’t ever learn from experiences especially if it is a folklore about a witch. It might be true. To avoid her, always ask your friend/ someone suspicious if she is Marianne, she will tell you the truth. She cannot lie.