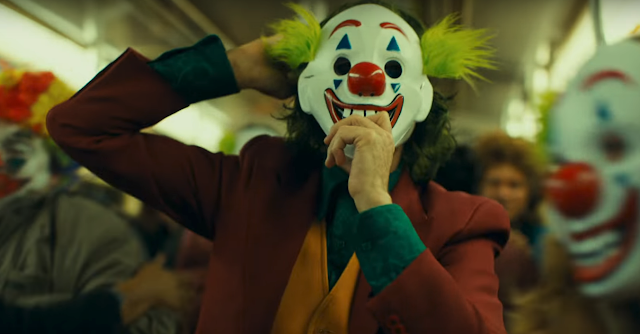 Last weekend, we have watched the movie Joker. I was hesitant at first but after watching the movie, I felt super content and glad I watched it.

This movie is more of the origin of the Joker. It is the making of the ultimate villain of batman. It started with this man named Arthur Fleck (Joaquin Phoenix), who is a mentally-troubled comedian. He also had this condition that there are random times he suddenly and uncontrollably laugh without any reason. He struggles with his condition. People around him also made him felt a less of a person. He often gets abused and misunderstand with his illness.


Joaquin Phoenix is really a good method actor. He made me change my perspective towards Joker. The story was deep, dark and realistic. Unlike the recent movies about or with Joker, is unrealistic. But this movie opened my eyes on how the mentally-ill person mostly treated with abuse and misunderstanding by the people. Most of the time, they were bullied by the society. This movie should not be remake in the future, no one for my eyes can replace the amazing talent Joaquin Phoenix showed in this movie. I was an instant fan.

Joaquin Phoenix rouse up to the level of Heath Ledger but he exceeded it. I went home contented. Why? Because no questions were raised after the movie, because all the questions were answered immediately in the movie. Even Bruce Wayne was connected in the movie. Maybe that will trigger his obsession to save Gotham City. Furthermore, Joker was a good man, but society and bad people fucked him up. He was treated unlikely and double standard happened. I felt his emotions and I agree with what he is fighting for. He started a movement. A movement that will change Gotham City.


BRAVOOOO! BRAVOOOO!!! This movie and Joaquin Phoenix deserves an Oscar!!!

I will definitely give this a high score,

This deserve 6 out of 5 stars