The Making of Harry Potter on Warners Bros. Studio - Part 2 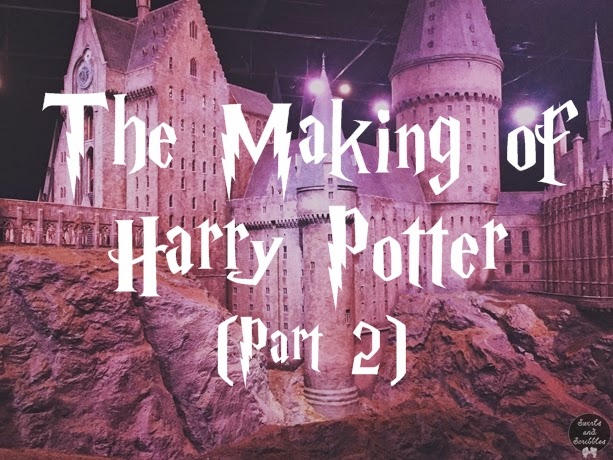 I am back with the part 2 of our tour on Warner Bros. Studio. If you haven't seen the PART 1, click here!!! One post is not enough! I have a lot to share. Hoorrrey! More Harry Potter photos. 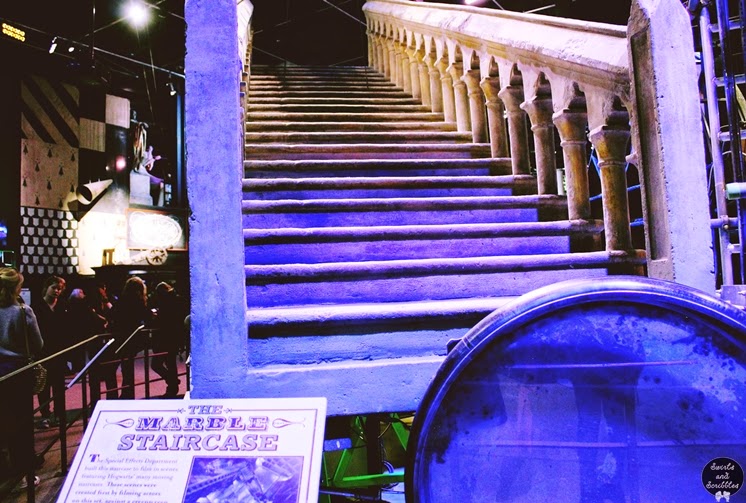 The Marble Staircase that moves and change in the certain time. You might get lost if it suddenly change on your way to your dormitory. Mostly likely shown on the 1st and 2nd movie. 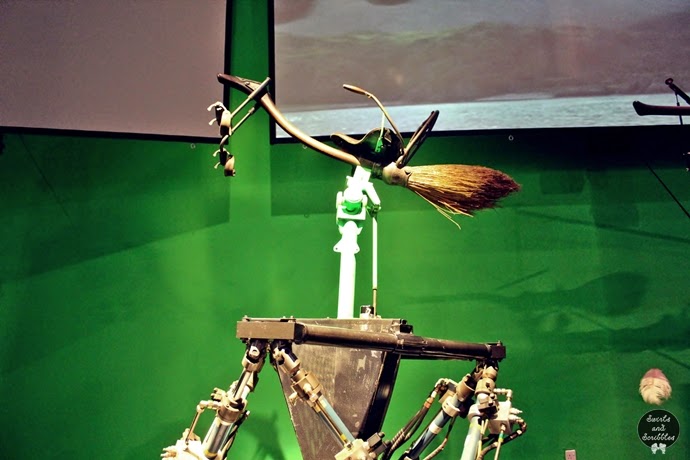 Nimbus 2000. Oh quidditch! How I wish it was true. I want to ride a flying broomstick and play as a seeker. 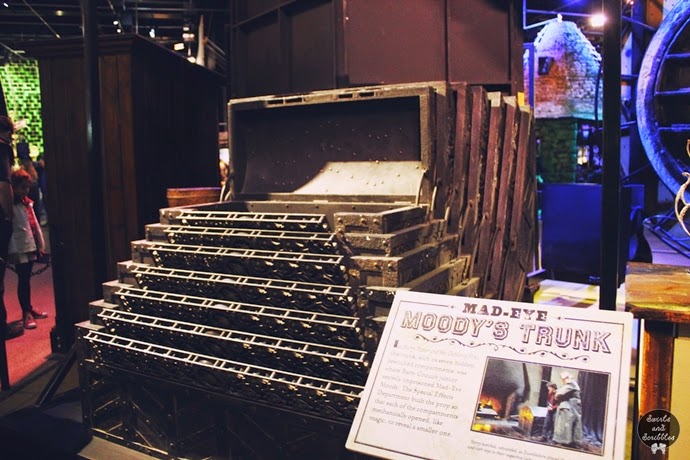 Mad-eye Moody's Trunk. It was the place where the real moody was kept. 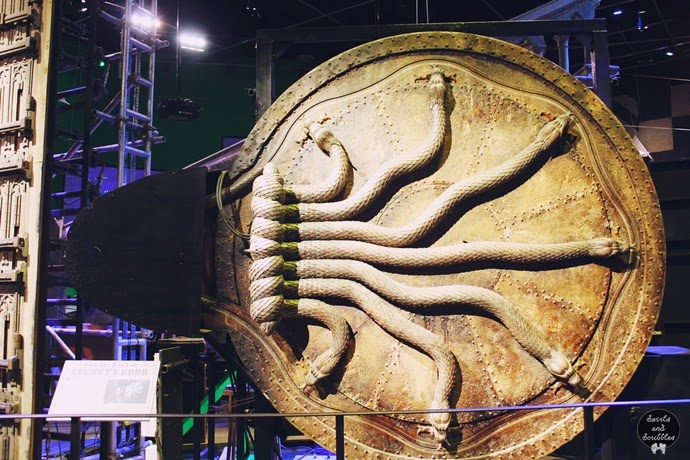 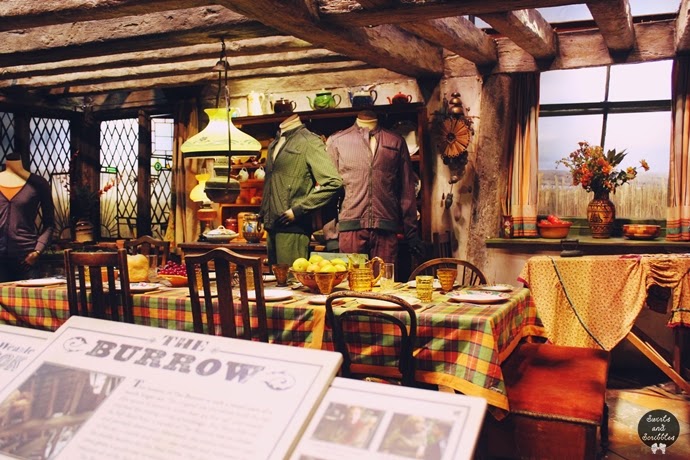 The Burrow. The house of Weasleys. It was so cozy. 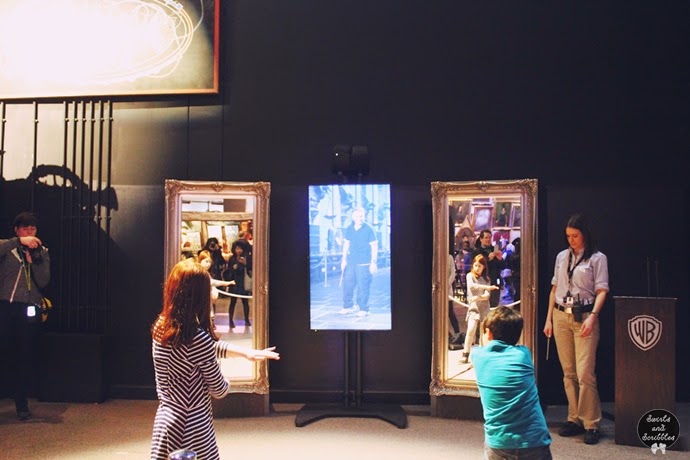 There was a tutorial for using wands and spells. 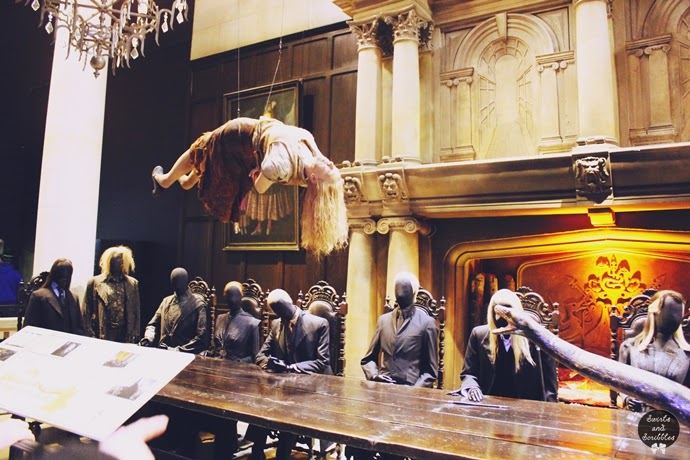 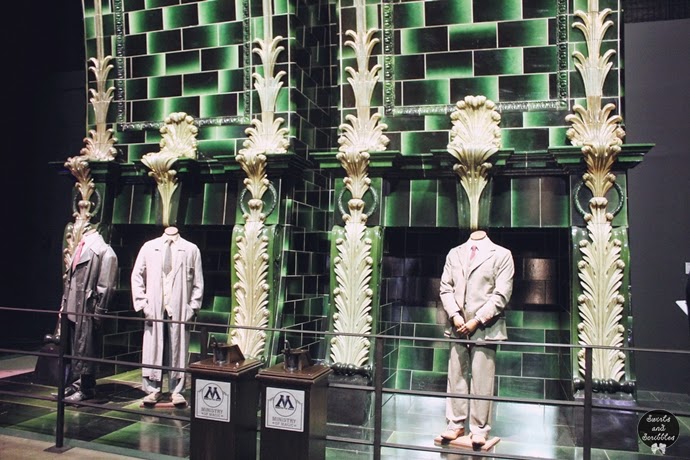 Some parts of the Ministry of Magic. Mostly shown on the 5th movie. 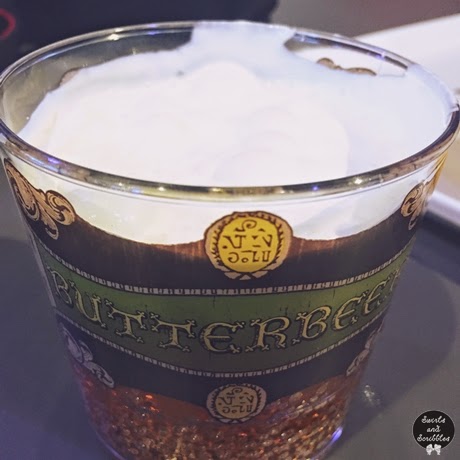 The Butterbeer. I thought it was a real beer. I was really questioning the people serving butterbeer because they were serving it to the kids. But I am certainly wrong.hahaha It was like a sweet soda drink with soft ice cream on it. Yummy! £4 with the souvenir cup. 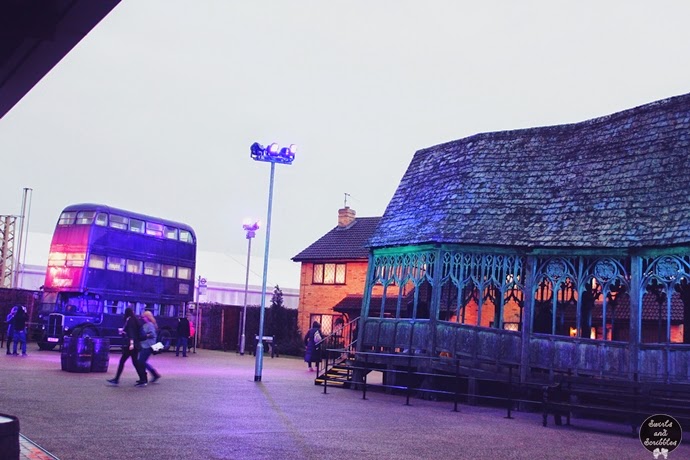 After the cafe (which I forgot to take of photos on it), outside you can find the Privet Drive, night bus, Hogwart's bridge and other cool stuff. 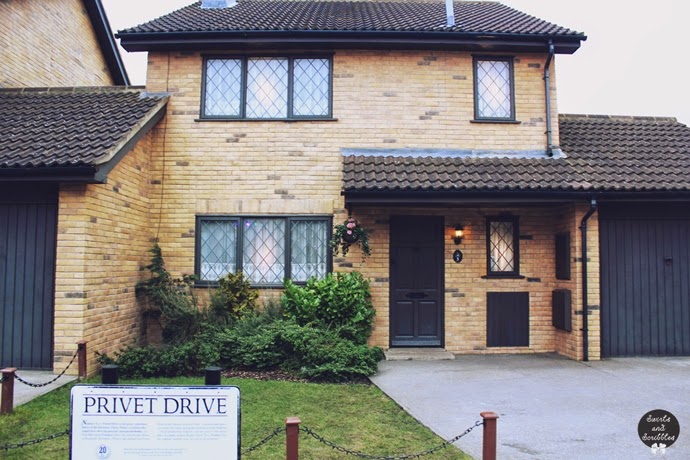 Privet Drive. The place where harry stays on the muggle world. 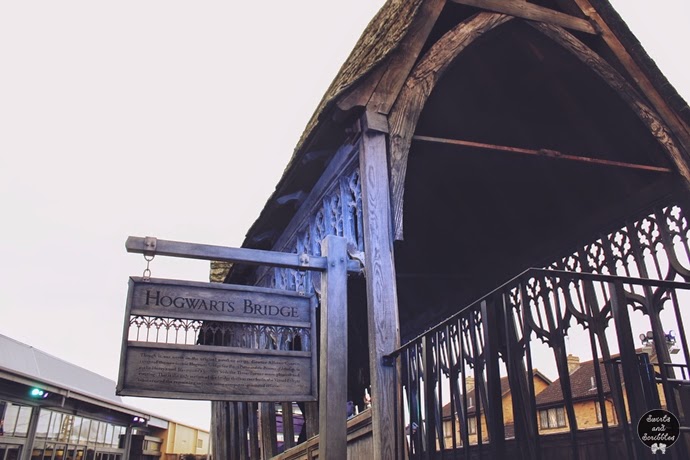 The Hogwarts Bridge. Up close. 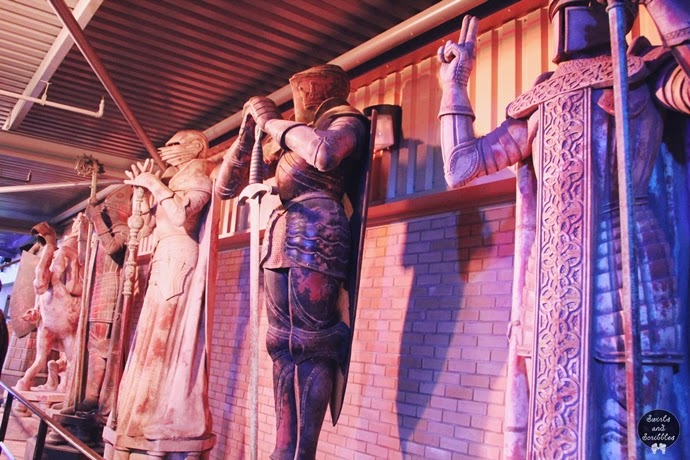 The life size chess pieces were shown the first movie. 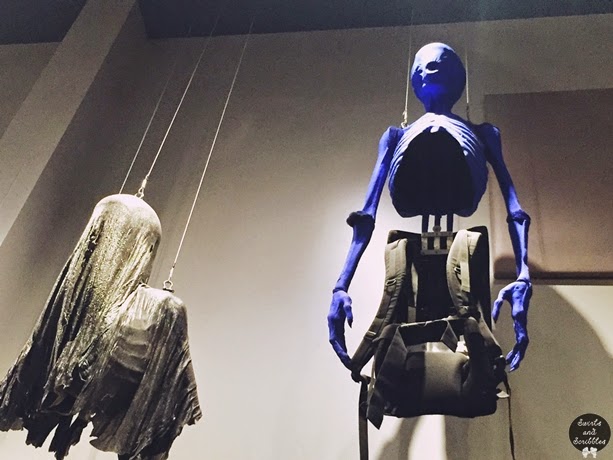 The Dementor. Remember the spell for the dementors? It's expecto patronum!!!! Haha That's my favorite spell! (wala lang. share ko lang. pabibo lang hahaha) I have another one! Obliviate! The spell Hermione used to erase the memories of her parents. 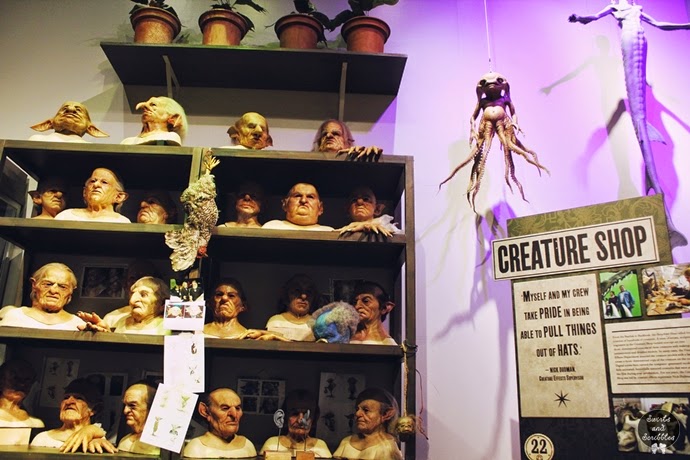 Creature Shop. Amazing how they make the prosthetic makeup. 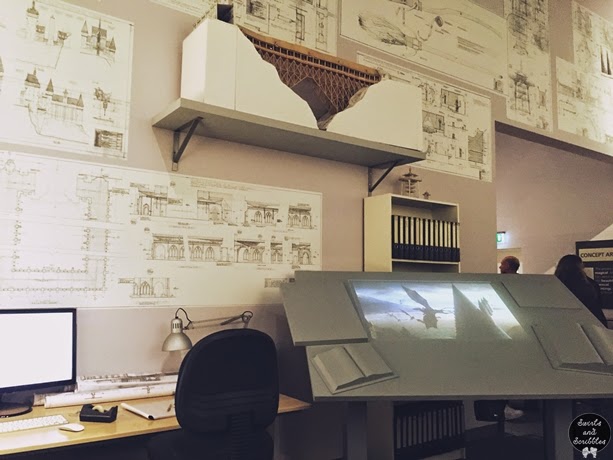 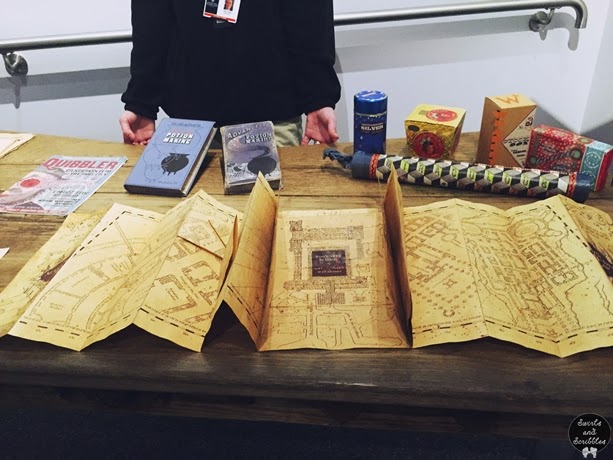 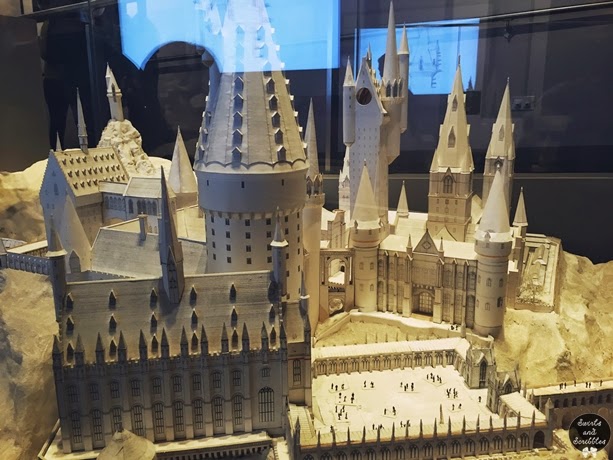 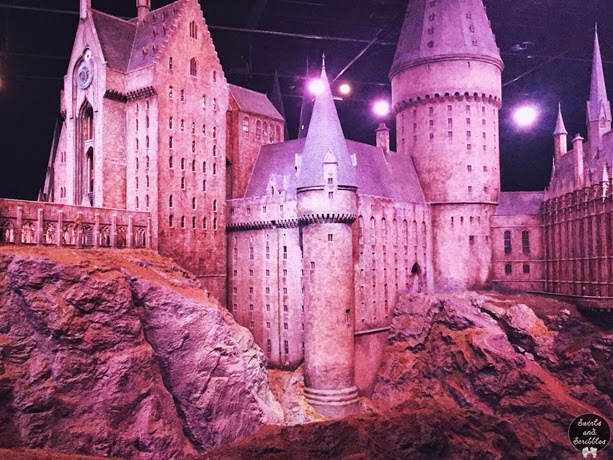 Hogwarts. It is not a real castle though. :( But the details were brilliant. 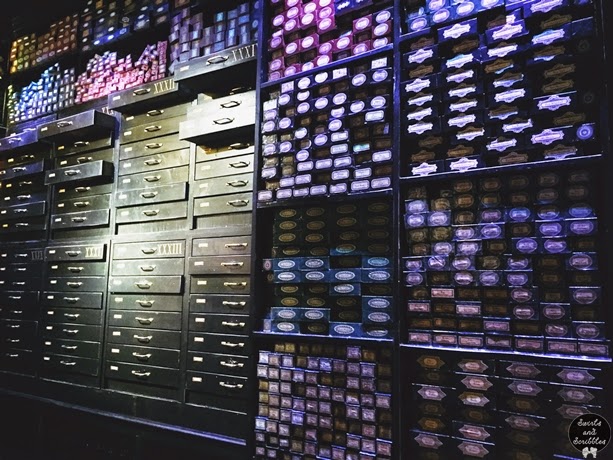 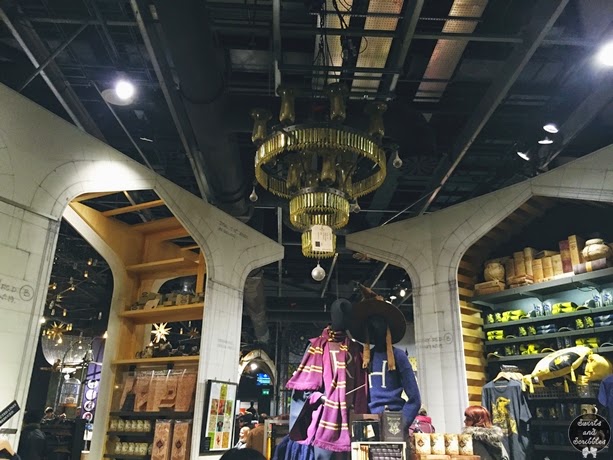 The last part of the tour. The merchandise. I went really cray cray and I don't know which to item to pick. 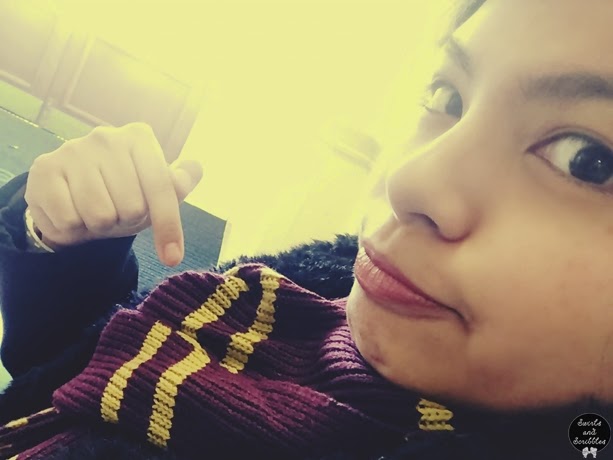 Well, my goal was to buy a Griffindor scarf. Then, other things was randomly picked like the harry potter glasses, fudge flies and a Warner Bros. Studio cap for my bae. Hahaha The photo above was the last day to wore my Griffindor scarf. Push ko talaga na masuot eh. Sinulit ko, one week ko suot yan. Hahahaha hangang paguwi ko ng pinas mahilo hilo na ako sa init, sige lang. Ginusto ko yan eh hahaha I know the fact that here in our country the possibility to wear the scarf is really really low. Winter is not known here the tropical country of the Philippines. That's the main reason of wearing it non-stop in UK. hihi I am such a geek, right? Wearing the scarf on the streets of London or elsewhere. haha

That's for now! I will find more things to post about my trip. Thank you for hanging around with me. *wink *wink