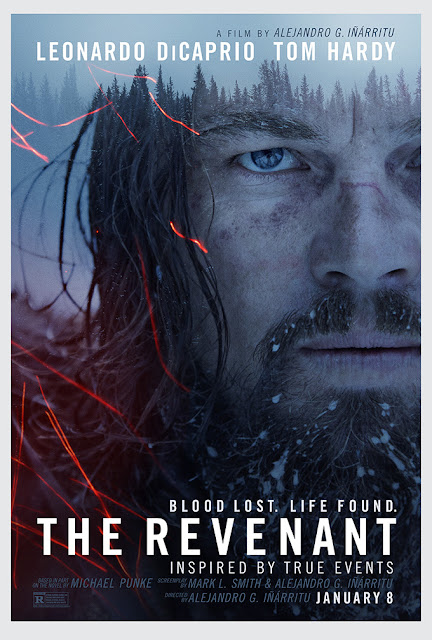 After watching this movie, it really convinced me that Leonardo DiCaprio deserves to win the Best Actor award. He is incredibly great actor. He showed all emotions that wasn't seen before from him. The story revolves around survival and revenge.

The movie begun when the group of English men were attacked by the barbarians which were the Indians. they were looking for something. The remaining survivors where looking for the right place to hide and the right path on their way home. Unfortunately, when Hugh Glass (played by Leonardo DiCarprio) was hunting, he was attacked by an enormous bear. He was bleeding to death when they saw him. They stitched his scratches from the bear. He can't walk nor talk. They decided to let him stay and wait for a couple of days for him to recover on the camp. However, John Fitzgerald (played by Tom Hardy) who's guarding them became selfish and killed Young Hawk (played by Forrest Goodluck), Glass' son. He stabbed him and Glass saw everything but he can't do anything because of his condition. The Fitzgerald wants to kill Glass by burying him even if he is still alive. Then, Glass survival skills will be unleashed. The following scenes were about surviving the wild and a cold place.

I recommend this movie!!! Leo did everything such as wrestle the bear, dive into a cliff, inserted himself into a dead horse and kill the guy who killed his son. Drama, Action, Adventure and Triller in all movie.

I enjoyed watching it. I would give it a rating of... Den den den..

Leonardo really has a thing for sexy ladies.. lol

By the way, have you watched this movie? Any thoughts? Share it on the comment section below.