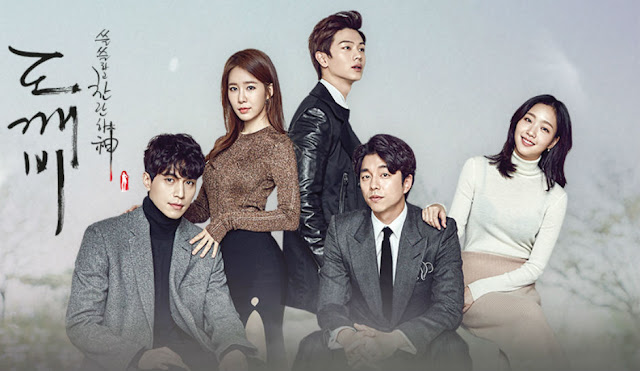 Goblin or Goblin: The Lonely and The Great God is one of the best Kdrama I have ever watched. Ganda nya promise!!! haha It revolves with the story of the Goblin (Gong Yoo) and the Grim Ripper (Lee Dong-Wok). It will explain why the Goblin had his immortal life and why grim ripper received those kind of jobs. Everything has a reasons and it will be explained thru out the series. Then, there is this highschool girl (Kim Go-eum-I as Ji Eum-tak), who falls inlove with the Goblin, she is the also called Goblin's bride by some random ghost. haha She is the only person who can take away the Goblin's immortality. It will be conflict in the later part of the series. Goblin will make a decision to stay alive or to die. I won't tell. Everyone should watch this series!!!  Kwentuhan tayo!

As I said before, one of the best Kdrama ever!!! Everyone will laugh, cry and fall in love with the cast and with the story it self. They also cater different stories on how the people died. Those stories can really touch our hearts. My fave scene will be with Happy (dog). I cried on that part. Watch it to know! haha On the contrary, I don't like the set up of the love story of Goblin. His partner is really young for the actor. It feels like it is a case of pedophile. hahaha Though, she looks really young for the role. Infairness, she gave justice to it. Sakit sa heart beshhh yung mga dulong scenes!!! They were all good actors for sure.