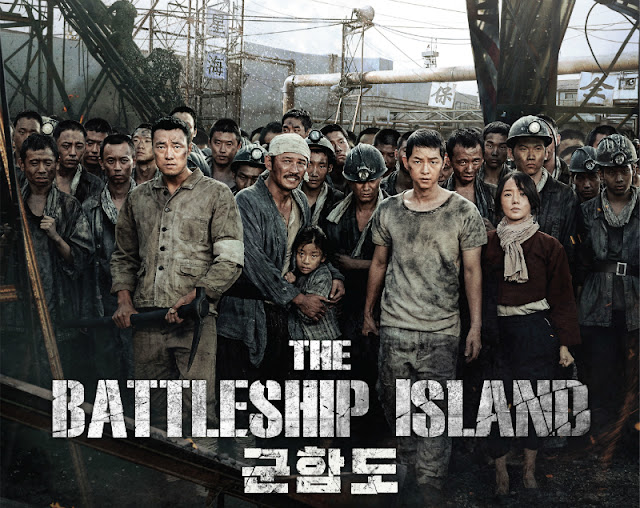 Few weeks ago, we stumbled upon a movie called The Battleship Island. At first, we don’t have any idea of the storyline of the film. According to the reviews I have read, it was about the Koreans who suffered under forced labor of Japanese in the coal mines during World War II.

It sounds interesting so we tried to watch it

It was a story of survival. I can’t believe the treatment of the Japanese to Koreans during those days, they were really ruthless and out of control. Actually, it was based on true events. Living life during those times are really hard. We are lucky enough that war is not always an option in our generation.

The story revolves with father and daughter duo, who were entertainers during the war. They were sent to the battleship island even they have a permission to be excluded because Korean/Japanese government requires them to work in the coal mines in Hashima Island in Japan. Lee Kang-ok (Hwang Jung-min) is a very caring father. He loves her daughter so much. He keeps on protecting her even though he is willing to let her daughter be adopted by the high ranking soldier. Choi Chil-sung (So Ji-sub) is really handsome street fighter. Hahaha He has a good heart but a little hot-headed person. I was surprise that Song Jooing-ki was also in the movie as Park Moo-young, he was a member of the Korean independence movement, and added to that he was a special person who will help them to escape the island.

Anyways, I enjoyed the storyline. No situation will be questioned because everything was plotted in a very intelligent way. Pak na pak ang ganap at ang aksyon hahaha (I like the action scenes.) Action, drama and comedy even suspense, the movie has it. I won’t regret watching it. To think that it really happened in real life. I felt devastated for those people who died to save themselves and died to save their love ones. Today, the battleship island is now a UNESCO World Heritage in Nagasaki, Southern Japan.

Here is the trailer of the movie:


**Photo above was randomly grabbed from google**