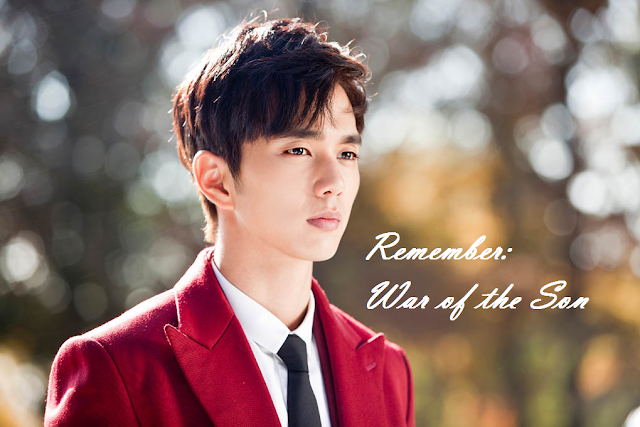 Remember was suggested to me by my colleagues. I tried watching it, I am hooked. The story started when Seo Jin-Woo was young during his senior in high school. His father was framed to a murder that he did not do. The old man was also suffering with Alzeamer’s Diese that he forgot moments when he was ask during his court sessions. But his son was determined to win the case, he went to the lawyer named Park Dong-ho. He said, he will help them but he let him sign for the contract that his ability "super memory" will not be used to Park Dong-ho. They agreed and signed the money as the contract. The lawyer Park Dong-ho was striving to win the case. He caught the culprit on his hidden camera confessing his murder. The twist in the trial will start there and I will keep my lip sealed. Hahaha

I love the twist and turns of this kdrama series. This is different from other kdrama I have seen. I can say you will be hooked for sure. Seo Jin-Woo loves his father so much that he dedicated his life to him to save him from the chaos. Some of the moments in the series are really tearjerker. The only scene I am not that happy with was the ending of the story. Sometimes, Kdramas has a weird ending. A little weird to end it with that thought, however some of the Kdramas with good story line has a weird last episode. Every episode was worth it to watch. After watching this Kdrama, I realize that everything can bought by money but karma won’t let the culprit be happy forever remember that. Karma will hunt you down, b*tch!

Have you watched this series? Do you like it? What other Kdrama do you recommend? Comment down below! (*^▽^*)