Friday, February 22, 2013
Enviropop — a puzzle game created by Applabs Digital Studios and theWorld Wide Fund for Nature (WWF-Philippines). Enviropop is a mobile game developed to educate people about the hazards that are destroying the world’s sea creatures. This fun puzzle game is easy to play: just tap and swipe the hazards to eradicate them from the sea. Enviropop can be downloaded from the App Store for $0.99, and the proceeds will go to WWF-Philippines for their relentless passion in saving the planet. The Android version of Enviropop will be released soon, I can't wait for it! I will download it as soon as possible at the same time I can also help the endangered species and the planet earth.

Enviropedia - Learn some cool facts about our undersea friends and the hazards that face them. Meet the cast and crew of EnviroPop!

1. Chi-Chi the Panda - Cute and cuddly, Chi-Chi the Giant Panda occupies a special place for the World Wide Fund for Nature (WWF), symbolizing the global plight of endangered species plus the organization’s cutting-edge conservation work.

2. Gary the Grouper - With bright blue spots adorning his regal red body, Gary the Leopard Coral Grouper is a sure eye-catcher. Leopard Coral Groupers stocks are dwindling due to unsustainable fishing practices. WWF now attempts to manage the Live Reef Food Fish (LRFF) trade to ensure that Gary and his finned friends continue swimming in and around Philippine coral reefs.

3. Bobby the Butanding - Earth’s largest fish, Bobby the Butanding or Whale Shark exceeds the length of a typical passenger bus and weighs more than six adult elephants! His massive five-foot mouth helps him gulp down more than two-tonnes of plankton and krill daily. Despite his size, his teeth are only about 2mm long. Bobby the Butanding is completely harmless to humans and is one of the top species WWF conserves in Donsol and other parts of the Philippines.

4. Dolly the Dolphin - Acrobatic Dolly is a Spinner Dolphin, a species well-known for crazy jumps, spins and leaps. All dolphin species are protected under Philippine Law, prompting WWF to prioritize cetacean conservation.

5. Doogie the Dugong - Doogie the Dugong inhabits shallow waters of the Indo-Pacific, wherever seagrass is most abundant. Sizeable herds of Dugong – the source of popular mermaid lore – once plied the Philippine archipelago until hunting and habitat degradation reduced overall numbers. Thriving populations keep seagrass meadows cropped, healthy and productive.

6. Pattie the Pawikan - Found throughout the Philippines, the Pawikan or Green Sea Turtle is the only truly herbivorous marine turtle, feeding exclusively on higher algae and seagrass. The presence of sea turtles like Pattie preserves the sea’s natural processes: Green Sea Turtles continually browse on sea grass, which are naturally pruned to grow denser, allowing the plants to spread more rapidly amid the sea floor.

7. Clara the Clown Fish - Some 30 types of clownfish inhabit the warm waters of the Pacific and Indian Oceans. These colorful striped fish form mutually-beneficial relationships with sea anemones. Protective mucous coatings give these fish immunity against the stinging tentacles of sea anemones. And just like the famous character Nemo, Clara the Ocellated Clownfish faces the risk of capture for the aquarium trade.
Iphone Screenshot 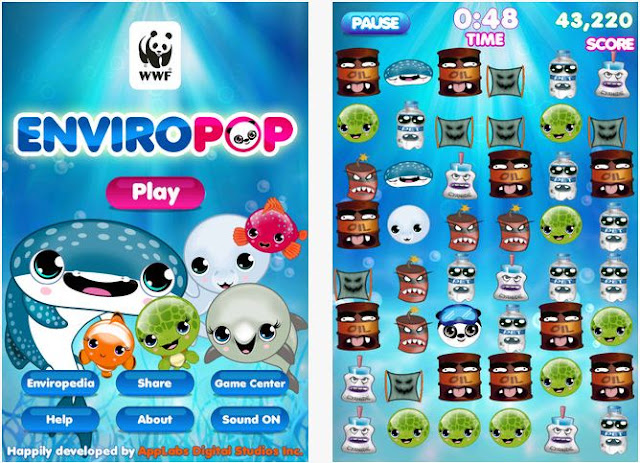 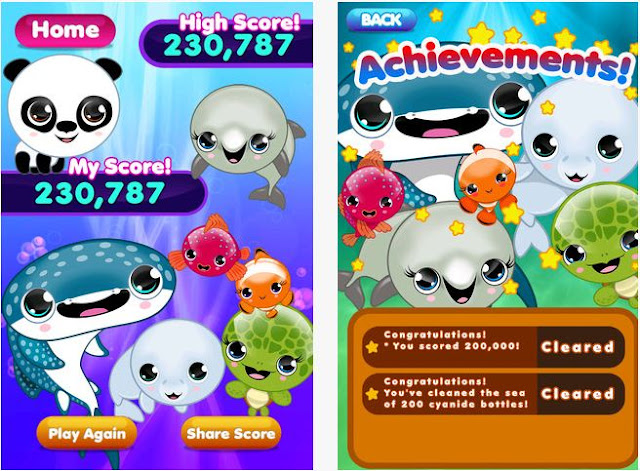 Watch the video for more details: