How to Survive the Office Christmas Party 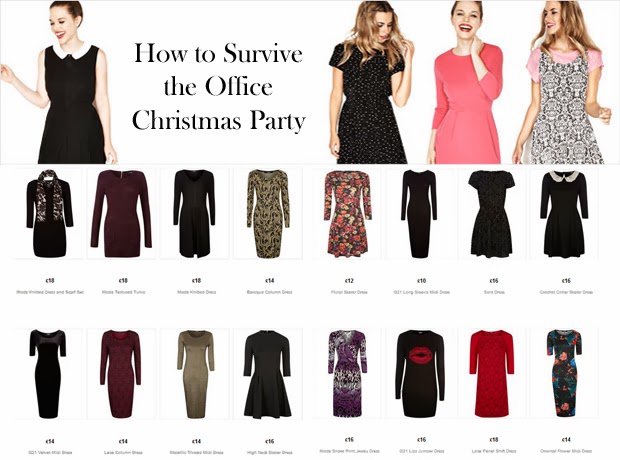 An office party can go one of two ways. It can either be a massive hit or, alternatively, completely cringeworthy, resulting in one of your co-workers (hopefully not you) collapsing in a drunken heap and having to deal with the consequences once they have recovered from their unnecessary hangover.

It depends on the environment in which you work in – if you’re all likeminded individuals, the Christmas party can be immensely successful and a perfect chance for you all to let your hair down and celebrate the festivities. There are several ways in which you can survive the party though, making sure that you can leave with your head held high, safe in the knowledge that you haven’t done anything to be ashamed of!

Make a little effort, even if it is just a party where you work every day. Pick up a stylish party dress from George or accessorise an outfit to the max so that you stand out. People will see that you have made an effort and will respect you for that. After all, it’s Christmas – why shouldn’t you don your party dress to enjoy the festivities?

Even if your Christmas party is at a venue with an open bar, don’t go overboard! Bad things can happen when you drink too much – don’t let it happen when your boss or MD is there! Stick to a couple of cocktails and leave it at that – or choose a virgin cocktail and people will think you’re knocking them back, when you’re not! Don’t pull a sickie

So many people will be tempted to call in sick if one too many drinks have been enjoyed but if you have attended a mid-week party, don’t make that call. Even if you have to drink copious amounts of coffee and take a couple of painkillers, make sure that you at least show up.

While your invitation may mean that you could take along your other half or another guest, the great thing about office parties is that they give you a chance to mingle with your co-workers and enjoy their company away from the office desk. If you take along your spouse, you’ll be tempted to spend the evening with them, giving you less chance to really enjoy the opportunity.

Talk to people about their hobbies, pastimes and what they’ve been getting up to. If you have a similar taste in films or music, strike a conversation about that so that people know there’s more to life than what goes on in the office. If you’re a parent, a conversation about children is easily done but make sure that the chat isn’t one-sided. Ask plenty of questions, be interested and get to know those co-workers that you don’t usually talk to. Make sure that you keep the balance between enjoying yourself and being sensible – after all, you have to work with these people! The last thing you want is to be the subject of those post-party whispers.