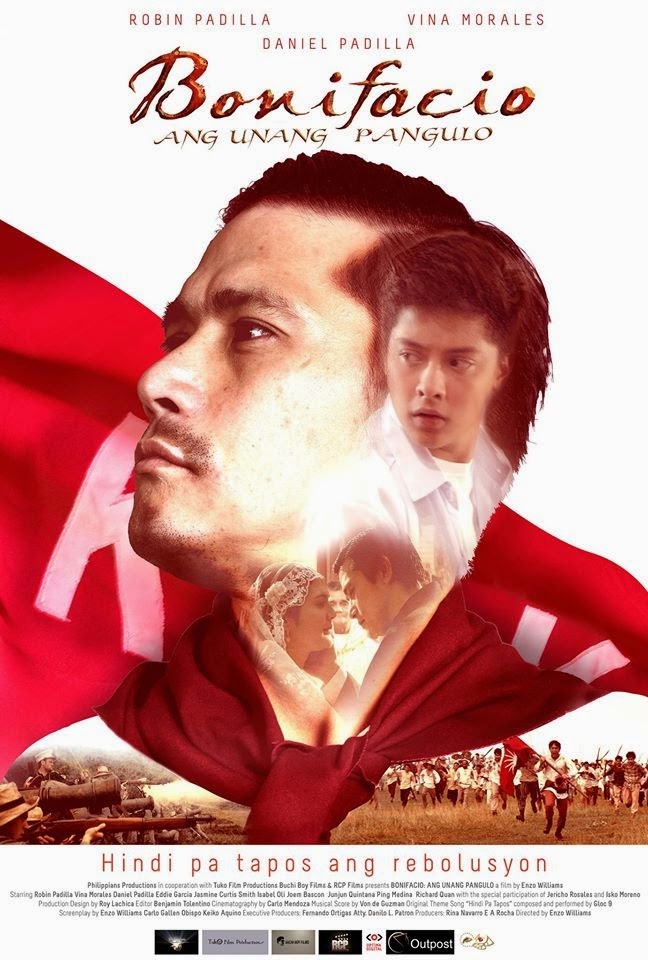 The movie that has the most awards from MMFF. Sometimes the unnoticeable usually wins the awards. Then, people will be curious why the hell it won a lot of awards. I think, we were one of the curious people so we decided to watch it.

The movie revolves on the life of Bonifacio and explaining why he should be declared to be the first president of our country. It was based on facts and to our history itself. I don't know much of Bonifacio but thru this movie it opened my eyes on how Bonifacio served our country and to let us have our freedom that we are experiencing right now. He was one of the great men that lead our country to fight for our freedom.

The movie was good. It was not on a tight budget. The parts of the movie was usually on the dark just like the old ages, lights were not yet available and only "lampara" (lantern) was the only source of light. I expected more of actions on some parts but the subtle of the movie was about "Ang Unang Pangulo", so they focus on it than the war between Filipinos and Spaniards. It shows how kupal (excuse the term pero kupal eh hahahah) some of the Filipinos especially Emilio Aguinaldo. They sentenced Bonifacio to death. Imagine cheating and corruption started on the early days. Gosh! Haha

If I will rate the movie, I will give it 3 starts out of 5 stars.

(photo was grabbed from google)