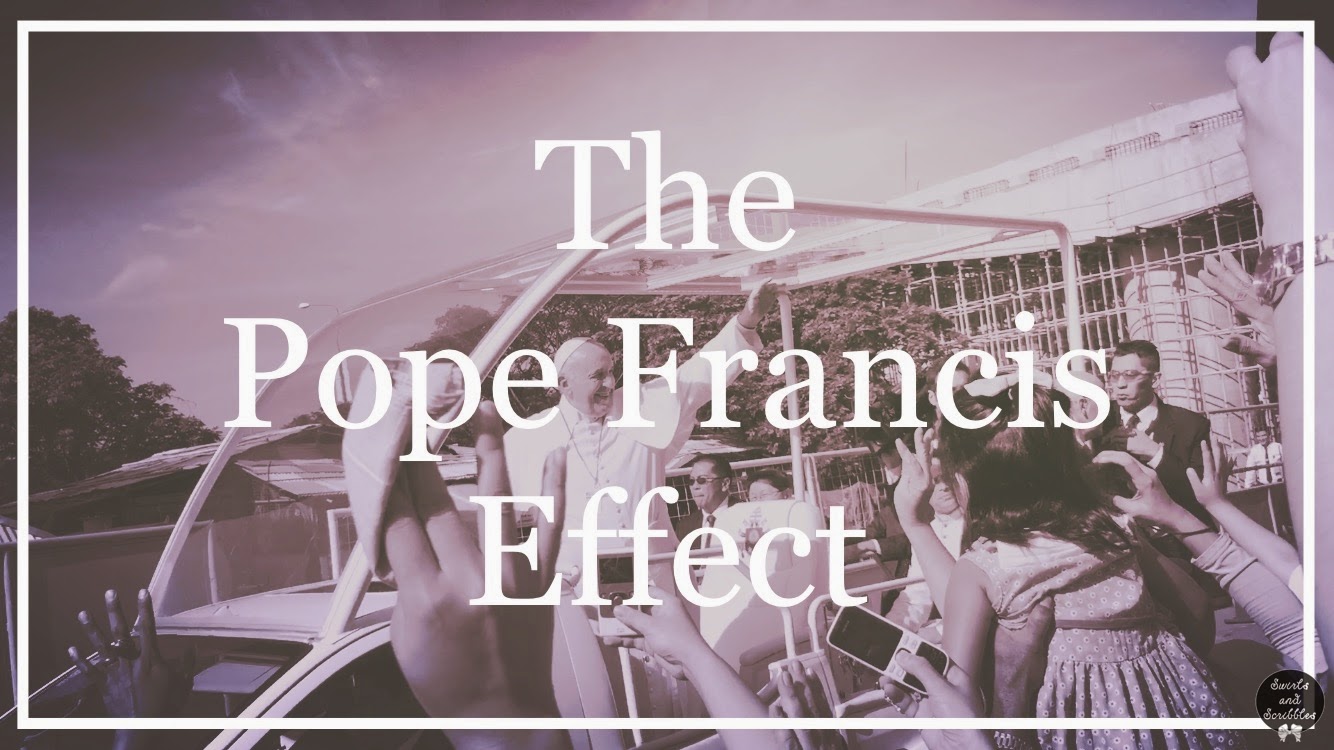 Last January 15-19, 2015, Pope Francis visited our country, the Philippines. Almost 90% of our country's religion is Roman Catholic. It was because of the Spaniards invasion during the old days that led us to embrace our love for God. This is the main reason most of the Filipinos were excited and prepared for the coming of the pope. He has the highest position in Vatican and in the Church. He represents the holiness, simplicity and love for the poor that God wants us to be. He is a missionary sent by God to let us feel His presence. I know God wants us to know that He is on our side. He will never forsaken us. 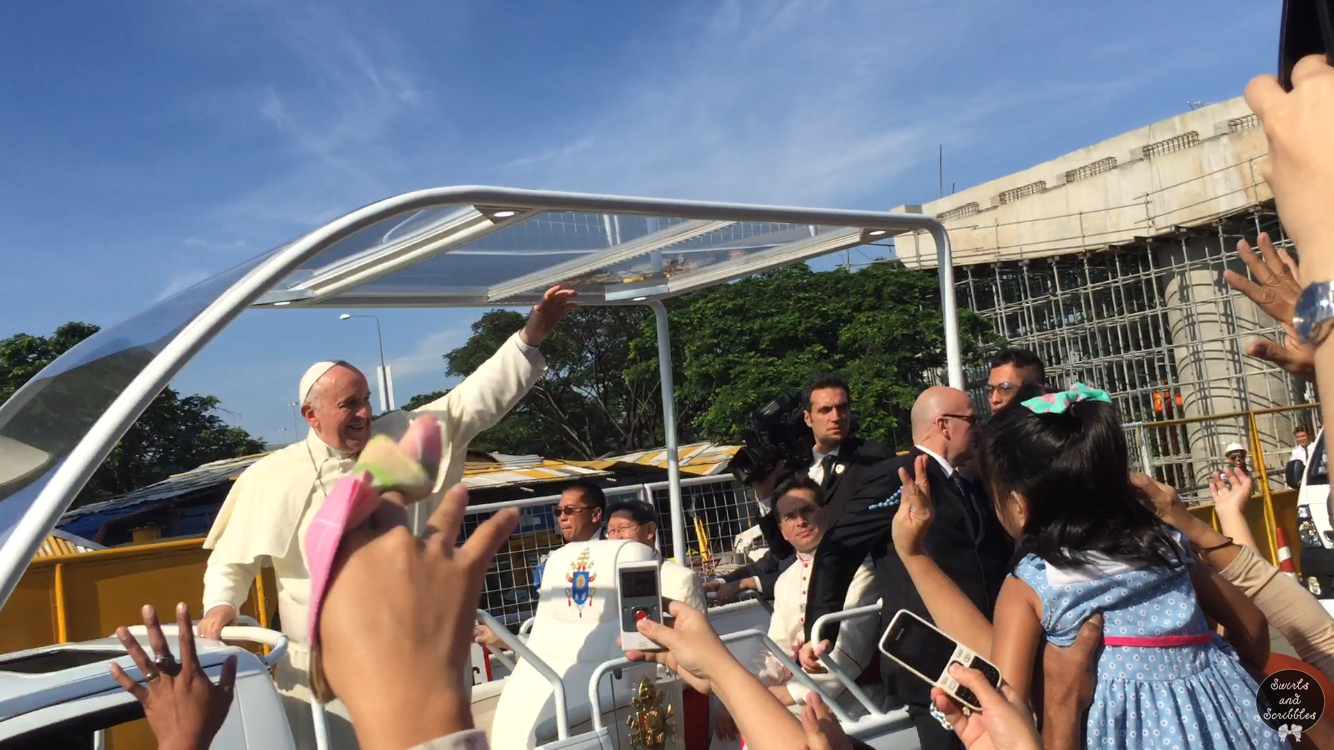 I am so lucky to be one of the crowd, who waited for Pope Francis before his flight to Vatican. I got the chance to see him and got a short glimpse of the effect he had on us (Catholics). We waited for 2-3 hours just to see him in a few seconds but it was one of the best 10 seconds of my life. I got the goosebumps and a little shaky and speechless when Pope Francis was standing in his popemobile and waving in front of us. I never thought I will have the chance to see him in flesh. For the couple of days, I just stayed home watching the live telecast of his every step on TV until my friends (bffs) on viber decided to wait for him in Villamor Air Base. I joined them. It was an opportunity of a lifetime. Not everyday I could see Pope Francis soooo near. That very moment, I felt God's presence. 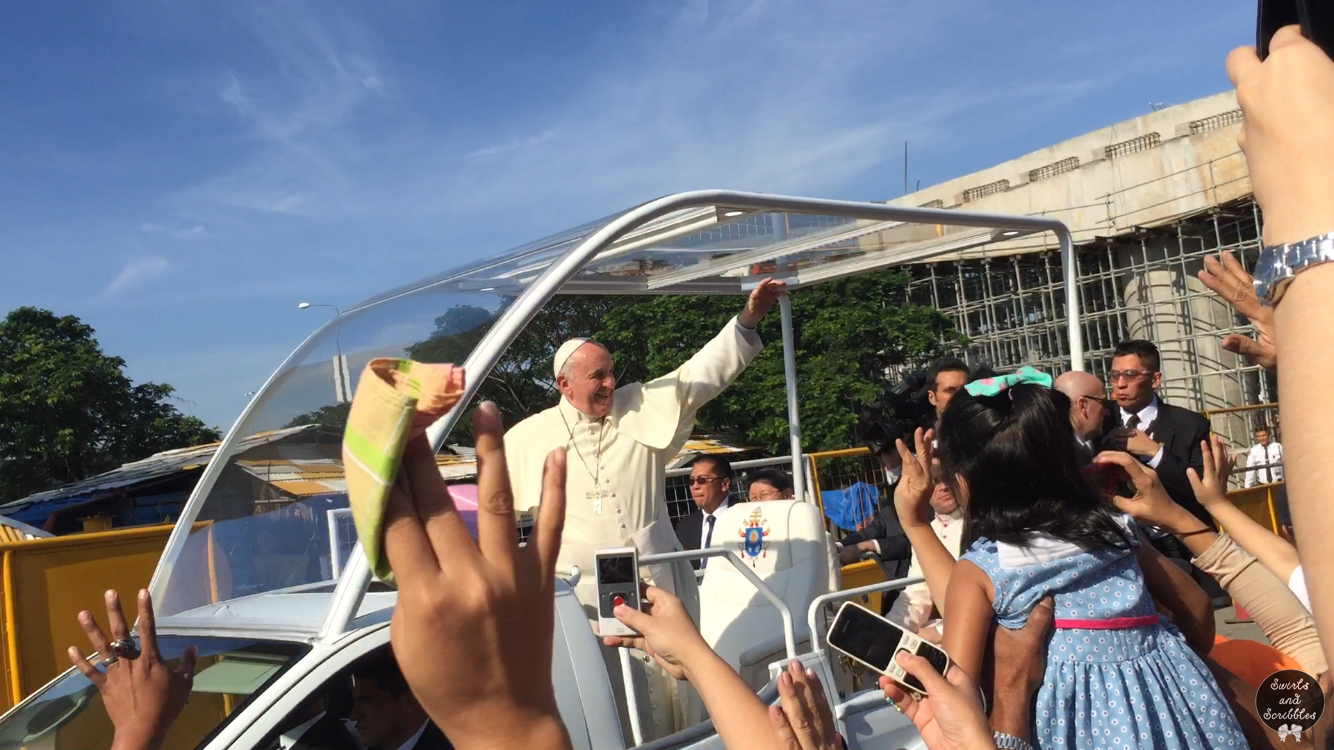 What will be the next step for the Filipinos? How can we put into action the messages of Pope Francis such as fighting poverty, stopping corruption, living a humble life, helping the poor and being the living witnesses of faith in our daily lives? As Pope Francis have said, we are the Asia's missionaries of faith. We should start preaching the good news to the people. I hope Filipinos will remember his messages to us. Believing in God and being a Catholic doesn't stop from seeing Pope Francis, we should continue it on our daily lives and thru our actions.

I saw this on photo on facebook from Papalvisit.ph, 10 things to do after the #PapalVisitPh: 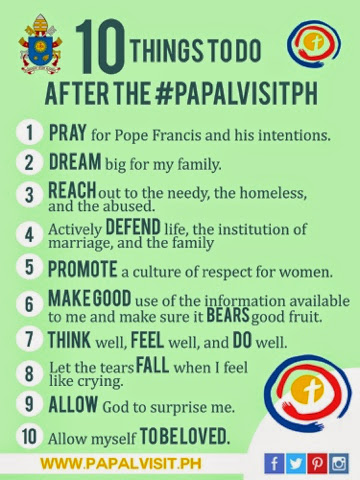 I hope it helps. Let us be a good Catholic from now on! :) 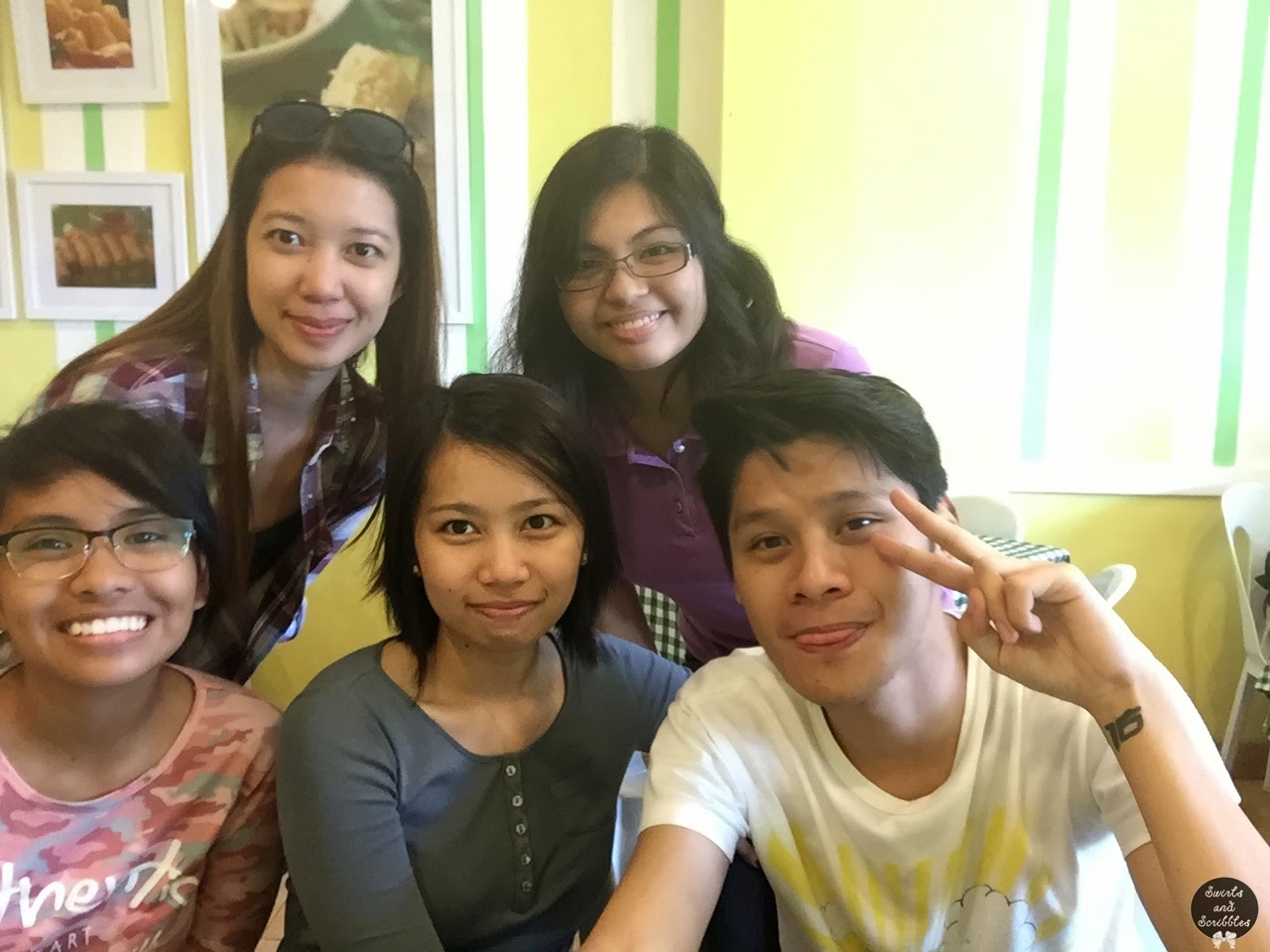 After waiting, we went to Lola Idang's for lunch.Thank you friends for inviting me to be part of once in a lifetime experience! Till next time.